Monument Valley is The West as epitomized by western films with sharp jutting rocks and wide sunset vistas. The Mittens are probably one of the most recognizable “out west” vistas in the entire country. Monument Valley is their home, but there is so much more than just the Mittens. This is what I wanted to see at least once on our trip through the National Parks in Western US. This is Navajoes land and has such significance to them, so it is definitely more than just nostalgia for John Wayne movies. We spent only one night, but it was a truly enjoyable time. This is our experience there. 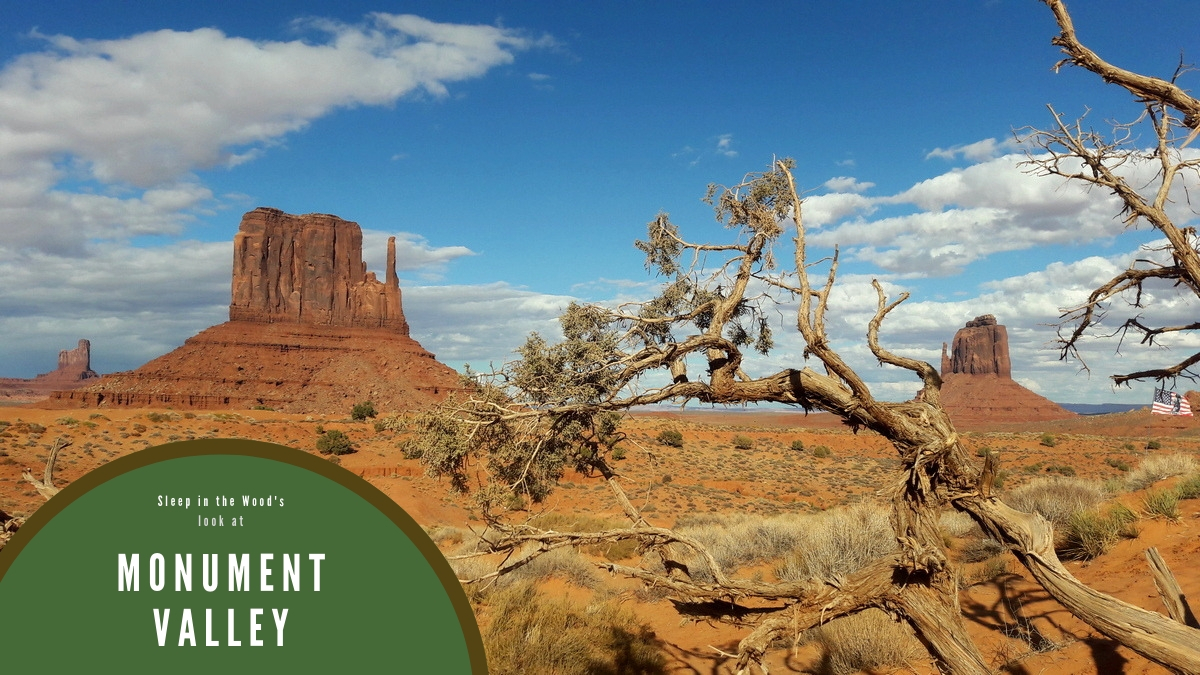 What is Monument Valley and why you might come here?

An easy day’s drive west from Page, AZ, on the edge of the Utah/Arizona line lies the area known as Monument Valley. Even long before you get to the actual park, you begin to see the distinctive rock formations all around you. The stretch of highway up toward the park has the towering monoliths with unusual eroded shapes. You can be excused by thinking at any one of these was “the” towering monolith of John Wayne fame, but eventually you get to a turn off that heads across the flats to a Navajoes run ticket booth and to the lodge with a large parking lot. From this parking lot you see the real Mittens in the distance.

You come here for the views. We also came here for the spirit tour of the park. Full thoughts are below, but if you have more than a few hours here taking a tour is totally worth it. You get off of the self-drive loop to see some more stuff and you can enjoy the sights and not have to worry about the road.

Review of The View Campground

The area of Monument Valley as a landscape is large, but the visitor-focused area outside the park is quite small. Along the main road through the area, there is a cluster of campgrounds around the turnoff to the park and just on the edge of the cliff toward the big rocks there is a hotel and a campground. This is kind of it right near the park. We stayed in the campground on the edge with the view (conveniently called “The View”). Really if you are going to go and be in the area, you might as well stay in a place to see the view, because the view is pretty good.

The campground is really in three parts. First, a set of nice looking little cabins. Second, the tent plots which are scattered down the hill away from the parking lot. And third, where we stayed, a long gravel parking lot of RV spots split by picnic tables. It sounds a bit odd, but it really meant that everyone had a view. The tent area drips down the steep hill, which means you get the view too and perhaps a little closer to it, but you have to tote your stuff down the hill. The car park for the tents are up around the check-in hut.

The bathroom building sits toward one end of the parking lot and is quite nice for how basic the rest of the campground looks. Two bathrooms, one for each gender, and two individual women-only bathrooms comprised the building. They were warm (and humid), but nicely lit and clean. The warm was nice as it got quite chilly in the evening. Showers were free, but only a single curtain between you and the rest of the room.

The campground had wi-fi too, but it didn’t reach much beyond the main check-in hut. Overall, quite a nice place to sleep and see the fantastic landscape for a night. That is probably all you need though.

Food was pretty scarce in the set of buildings near the campground. The main hotel had a restaurant and a few fridgecases for sandwiches. The issue for us was that the restaurant stopped seating people after 7pm unless you were staying at the hotel. We were starving and near on panic when the hostess mentioned that we could order food to go as well. Woohoo, same restaurant food without paying a tip or waiting for the check, yes please. We ended up each ordering one of the various stews from the menu. These apparently also came with some flatbread, a cup of soup and a small salad from the bar. This was an expensive-ish meal, but really it was a lot of food. I made PB&J from the flatbread for a few days.

There are a few towns around. Kayenta, south of the Valley on Highway 160, has a grocery store and Mexican Hat, to the north, has some hotels and restaurants. There were advertisements for other restaurants and a store out by the highway turnoff to the park, but we didn’t explore them. Really make sure you know where you are going to eat or bring food with you.

If you have a reasonable car (and driver) that can manage unpaved roads, there is a self-drive route through the Monument Valley park. We had neither of these and really wanted to see some of the tour-only sections of the park. There are a lot of tours run by various companies, but the one we picked was Navajoes Spirit Tours. The sunset tour was really really good and totally worth doing.

The tour started in a bit of stress for us as we had no clue how to find the tour guide. The directions give a GPS coordinates and my maps weren’t good enough to find that specific square meter of pavement. We drove around looking at all of the vans loading up for their respective sunset tours. And despite the panoply of similar names, nothing exactly matched ours. We finally asked a guy in a hut and were pointed toward the side of the large parking lot.

Frantic, we parked and nearly ran to find the truck. Sigh, we found a truck bearing the Navajoes Spirit Tours name. The guy driving it however had no record of us. Ugh. And yet, he said, we are probably on the other tour. Right then, another fellow in a colorful cowboy hat drove up in a rumbling truck. Yup, he had us along with a few others on his list. We totally weren’t late. The frantic is nearly never worth stressing about. Not in Thailand, not here. We are just that kind of people. From here the tour just got better and better.

Not just backdrops for movies

Our guide told us all kinds of stories about the area as he drove over the rough roads. He told of the ear of John Wayne, who nicknamed all of the rocks because he couldn’t pronounce/remember the local names. He told us of stories of the Navajoes people who lived there. About their hieroglyphics and stories of their journey to this land, which they see as the center of the universe. And of course, he showed us the rocks and sights of the park. The first few stops were along the self-drive path and appropriately crowded. And yet, he still found us quiet out of the way spots to take great pictures in the late afternoon sun.

After two stops, we turned down the tour-group only road. There were still other vans around, including one that obnoxiously honked its horn to regather its herd of people. Then our driver passed a really interesting large cave. Admittedly there were a few vans parked there, but I wanted to see it. By that point I had come to trust our guide, especially as he fearlessly drove the roads without really bouncing us about too much. So we ended up at a different site for a bit. As he drove back, the cave I had worried we were going to miss was completely empty. Smart guy. So the 8 of us got to experience the landscape from then on alone. We saw rocks that looked like the dragon from Neverending Story and figures of eagles in the cliffside. As the sun dipped lower, the rocks grew more russet. We did a few different sunset stops and were delivered back to the parking lot in full dark.

Truly a wonderful tour. I really enjoyed it. Ali and I spoke afterwards and decided that even if we had wanted to do the self-drive, we would not have learned as much and we were pretty sure the van might not have made it. 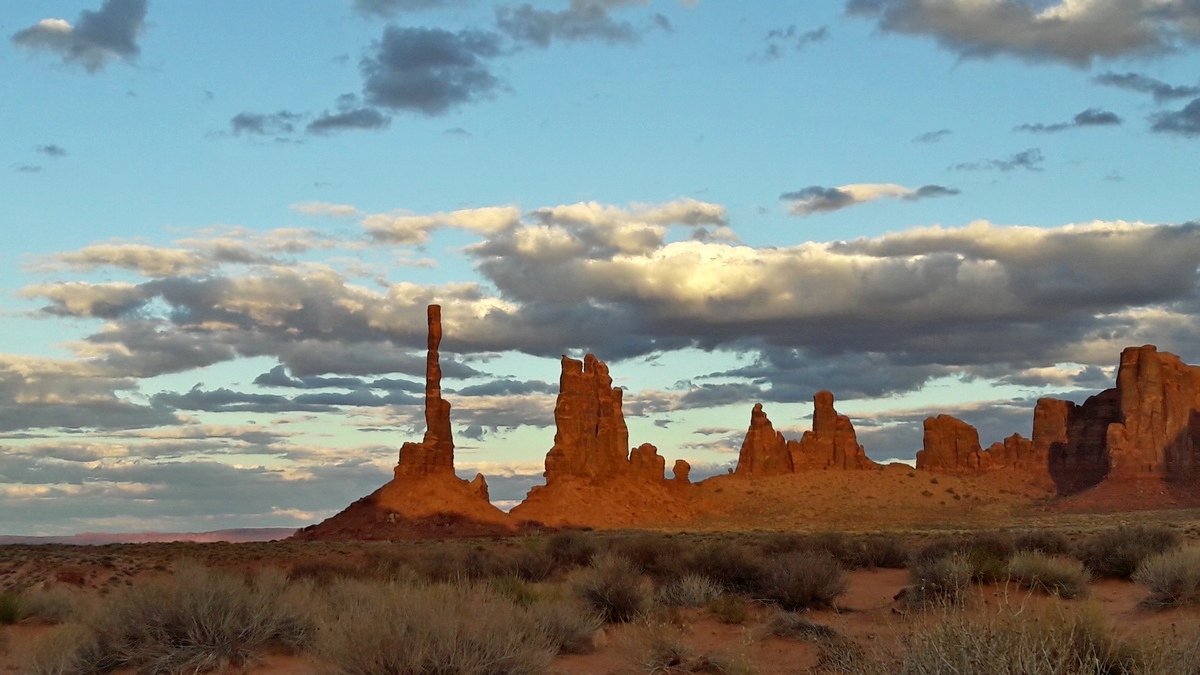