Solar power feels like an ideal power source for camping lights. No batteries to carry or recharge. Solar just feels more environmentally friendly and if you are out in nature camping, sun is a nice abundant power source. Why not use it? I already had battery powered lantern and wanted to try a solar powered one as well. This is a guide to the research I put into finding a solar lantern for our outdoor wanderings. 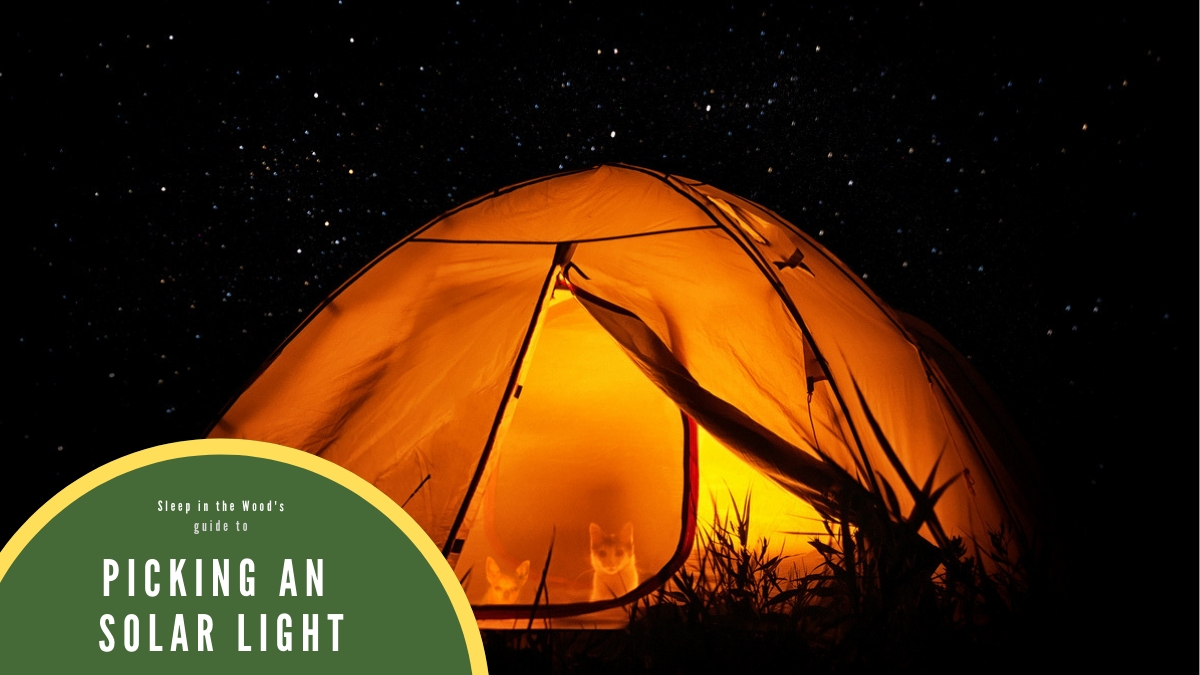 A solar lantern is pretty much the same as a conventionally charged LED lantern. Essentially they boil down to a battery, a set of LEDs as a light source, and potentially a few convenience features. The difference with a solar lantern is that it is built to recharge its battery with the sun and offers a set of solar cells to do that.

The biggest user experience difference is that it takes a lot more sunlight than you might imagine to charge a battery. This means that although you might be able to plug a USB device into a wall socket and get it charged in an hour, doing it via the sun is going to take longer. Quality of sunlight is going to affect this, of course. A full day of charging may only get you a few hours of light at night, less if you use the highest light setting.

They will also tend toward being dimmer than their LED brethren. The high light settings drain batteries much faster and to keep a device usable on just sunlight, the lights often have smaller and dimmer LED’s. This isn’t really a problem, but puts the solar lights into different types of usage. More as a personal light than a camp-wide thing.

Definitely solar lanterns are worth considering and using, but perhaps fill a different niche in your camping gear than a conventional battery light. They are pleasant and feel eco to use, but given their smaller LEDs are more the personal style of light for going to the bathroom occasionally, rather than a long term light source. I like the idea of having both. The LED to fill in if the solar power just doesn’t hold up. I definitely don’t want to be left completely out of light.

Factors to consider in picking out a solar lantern

Most of these are similar to factors for picking an LED Camping Light, but there are some things that are specific to using a solar lantern.

Bigger is not always better, though size does matter for solar panels. A larger panel will be able to provide more power and thus quicker charging, but are of course larger when it comes to packing.

Look for whatever data the manufacturer provides on how the solar cells on the device charge the battery.
How much sun do you need to have on the solar panels to give you a good charge?
Does it need to be direct sun?
All of this boils down to the crucial question of how many hours of light do you get for how many hours of sun exposure?
And, of course, of these factors will depend on the device.

Is this going to be your primary or only light at the campsite? I don’t think I would be comfortable if my only light source was dependent on solar charging. If it had an extra USB option to charge from a car battery or standard plug, then I might consider it.

For personal lighting to get to the bathroom in the dark and a low general light in a tent, I would totally look at it.

The same rules apply for a solar lantern as for an LED lantern. Light is measured in lumens. A candle is about 13 lumens, but throws that light in all directions so it is fine for general lighting, but not as good for reading a book. That same light directed from a flashlight or headlamp is going to act different.
100 lumens seems reasonable to make a cheerily lit tent. 200-250 lumens seems reasonable for lighting up a picnic table. 30 lumens is about what I think of as “don’t stumble in the dark”

Remember that higher light levels will draw more power and thus the battery will last less.

USB charging – Solar power is great if you have have the sun. I like to see a secondary USB charger option as well. Means I an charge it up before heading out on a long trek or if the sun has been finicky lately.
Light levels and modes – Especially with the battery level being so dependent on the sun, I want to see a dimmer. I also like seeing a “red mode” for looking at stars.
Mounting Options – Review how the light is meant to be used. Does it have a hanging hook? Is it magnetic? Also think through how the device needs to be oriented to get sunlight, not just how it needs to be set to cast light for you.

Picking an LED Lantern for Camping