Zion National Park is probably the park I knew the absolutely least about before our trip. It was the last stop on our itinerary and I just hadn’t done much in the way of research. Despite my personal ignorance, it is a pretty well known National Park and well visited. Being not far from Vegas and near a large highway helps in this respect. The park is centered around a long and skinny valley and has a shuttle bus. Most people seem to stay in the little town of Springdale that extends from the main gate of the park. This is what we did and these are our experiences. 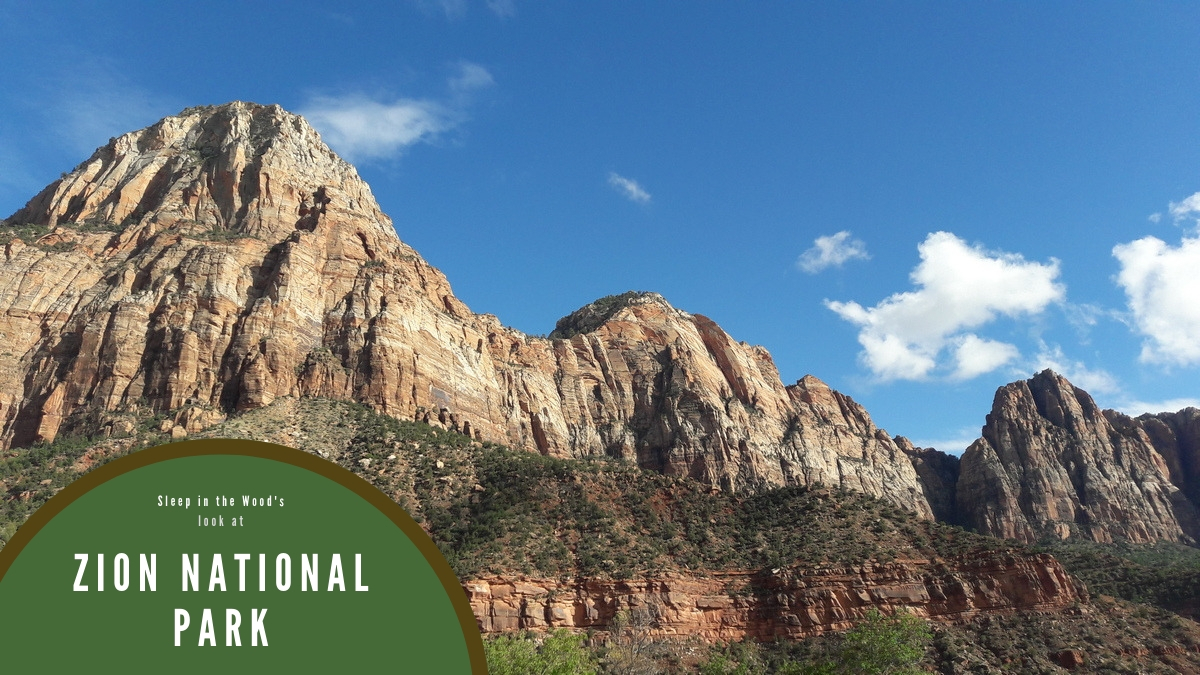 Late in the season and with a high altitude, Zion too ended up being too cold for us to want to camp there. We had originally planned to camp in one of the little campgrounds just inside the park, but cold had come early to this part of the country during our trip and we opted for a hotel. In the end, it was probably a good decision, especially as we were able to meet up with some friends who happened to be in the area. The town is pretty nice and looks quite recently built. There are plenty of restaurants, hotels, and infrastructure (gas, banks, grocery).

We stayed in the Hampton Inn, mainly because it was what was still open at the last minute when we tried to book, and it was really good. The bed was comfortable and the breakfast. Right at one of the shuttle stops, it was convenient to park once and still get around. 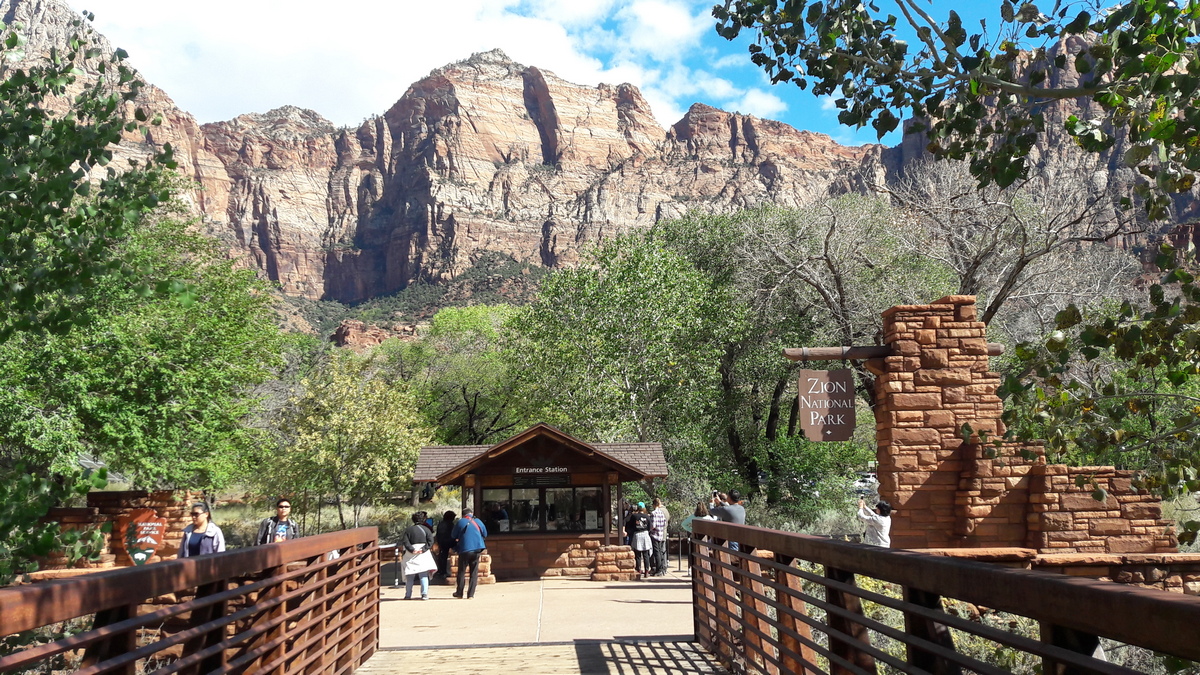 Use the Shuttle Bus

Like with some of the other top tier National Parks, like Bryce Canyon and Grand Canyon, Zion offers a shuttle bus to the best sites. In fact, a second shuttle runs down the length of town and drops you at the main gate, so if you stay in town there is almost no reason to drive into the park. There isn’t really any place to park inside the park outside of the lodge halfway up the valley anyway. Our hotel was right in front of one of the shuttle stops and so quite ideal.

I didn’t see anything food related inside the park boundary at the main gate. That said, the top end of Springdale blends right into the main gate, so it wouldn’t be far to get to the town things. A pub on one side and an outfitters including signs for showers on the other made me think it wouldn’t be a big deal to get supplies, even if you had to technically leave the park. The campgrounds are within the park boundary, but still in the area of the visitor center. There is a lodge with food part way up the valley at one of the shuttle stops, but we didn’t try it. Our time in Zion was unfortunately quite limited.

The list of restaurants in town was pretty long with a large variety. We met our friends at a Mexican place called Bit and Spur for drinks and food. Ok, it is still Utah, so don’t expect a ton from the drinks, but they were tasty anyway. Chips were excellent and the dessert was good.

I saw one grocery store in our rides through town called Sol Supermarket. This might be it in town for groceries if you plan to cook at your campsite.

There are a large handful of trails for all skills in the park. We did not opt for the Angel trail which included a scary sounding, but wonderfully named, section of switchbacks called Wallies Wiggles.

We did however do the Moss Cave trail which leads up from a stop on the shuttle route slightly up hill through a forest to a waterfall and a big scoop of rock behind it. The true stream of the waterfall fell off to the side, but a particularity in the rock meant that the whole cliff was trickling water and spraying over the edge as we stood (relatively) dry in the cave and took pictures outward.

We only had one night in Zion, which essentially meant we arrived early afternoon and had a few hours in the park, then one night and off to the next park the next day. In some places along our trip, this might have been ok, but I think I would have liked an extra day at Zion, maybe even 2 if we had been more into hiking.